The Mind: Friend or Foe?

say hello to your mind

Human mind is so capricious, ever changing and such a complex, enigmatic entity. What could be more startling that none other than your own mind gives you grief, suffering. But it is very difficult to accept that we make ourselves unhappy. Instead, we keep looking outside, seeking to blame someone else for our troubles. The truth is that problems exist in one’s own mind and not in the outer world. But people tend to blame their pain and misery either on to other people or external events.

It is not the external situation but your mind that decides how to react. One should take efforts to get out of the habitual reactive conditioning of the mind. Don’t seek to change others, change the core pattern of your own mind. That is why it is said that ‘victory over the irrational mind is akin to getting victory over the whole world.’ But the mind is very strong, very strong indeed. The mystic Kabir elucidates this difficulty by saying, “O mind, if you were gold, I would have managed you with the use of chemicals; if you were a horse, I would have controlled you by using a rein. If you were an elephant, I could handle you by putting chains around your legs. If you were iron, I would have melted you in a hot furnace and shaped you the way I want…”

Let me narrate the story of the man with four camels. In a desert, a man was travelling with his four camels. When night befell, he stopped to rest and started tying the camels to a wooden peg. He soon realised that he had only three ropes and hence couldn’t tie the fourth camel. He was distressed as he didn’t want the camel to wander off in the night. Then he was approached by an elderly gentleman.

The wise old man advised him, “You know that there is no rope, but the camel doesn’t know that. Simply brush your hands across the camel’s leg pretending that you are tying a rope, as you would normally do and say aloud to the camel that the rope has been tied until morning.” Lo and behold, in the morning, the man found the camel in the same position as he had left him! Interestingly, however, when he pulled at the reins to get him to move, the camel refused to budge! The wise old man came to his rescue again – he asked him to pretend that he is untying the rope from the camel’s leg, the rope that did not exist. As soon as he did this, the camel started to move!

Well, you are no different from the camel. Aren’t you tied down too? You are sitting here, but where is your mind? You too have tied your mind down, albeit the ropes are invisible. And until and unless you don’t untie the ropes, how will you make your mind understand? The mind will forever be in bondage.

Kabir Sahib says the only way to make the mind understand is through wisdom, there is no other way. The only way to deal with the mind, purify the mind is through pure wisdom. And it is very important to be in the presence of such individuals who can impart this true wisdom as only the deeper understanding will set you free. Then you become free forever. Where is the pain, the suffering? Right within you! And if your mind is blemished, impure, then all actions including speech performed through such an impure mind will be impure. If your mind is impure, you will be unable to perform any virtuous acts; your speech will not be truthful, pure. As long as there is untruth in the mind, how can you speak truthfully?

Some people think that their suffering will reduce if they were to change, say, the city where they live, or change the house, the work place or even the spouse! Maybe that’s the reason why divorce rates have increased in India too, when once they were common only in the western world. Change the house, change the place or change the wife! You need to grasp this and accept it – the problem is not out there but right within your own mind. Whenever your mind is agitated due to any problem, don’t start worrying. Sit in a secluded spot and think sincerely and calmly – is the source of this seeming trouble within you or in the outside world? If it is indeed outside, check if you can do something about it or not. If it is beyond your control, why worry and get all tensed and stressed when you can’t do anything about it? Worrying never solves anything. Be calm and poised and utilise your wisdom to resolve issues.

Just as you use your intellect and cover an open wound to prevent infection, or wear shoes to avoid being pierced by thorns, likewise, use your intellect to override the foolishness of your mind. Suffering is because of the foolishness of the mind, hence utilise your intellect and wisdom so that the flower of happiness blossoms. And even if thorns come your way, your wisdom helps you in dealing with it. A rose plant has flowers as well as thorns, doesn’t it? The rose flower blossoms right amidst the thorns. Does a rose say that it will blossom only if thorns are not there? Likewise, it is wrong to say that one can be happy only when there is no suffering. You have to learn to blossom like a rose flower right amidst the thorns of pain and suffering.

You cannot wish that your life be a bed of only roses, the thorns too are inevitable. So rather than wasting your energy on complaining why the thorns are there, it is wise to focus on the flowers and find ways to reduce the impact of the thorns. Moreover, even thorns are pretty. See how beautiful a cactus flower is. They look pretty but when you touch the plant, it is full of prickly thorns.

Don’t be a thorn to anyone and if someone is behaving like a thorn to you, view him as you would a cactus plant – it is the inherent nature of the plant and that is how it was made. So, maintain a distance, keep away; if it is not possible to do so physically then keep a distance at the mental level. If you have mentally distanced yourself, then it does not matter if there is a physical distance or not. Sometimes, even if people are physically apart from their enemies, mentally they keep them so close and in the bargain keep hurting inside. Learn to forgive and forget all unpleasant events. Learn to forgive those who have hurt you and learn to live awarefully and in wisdom. Then there will be no room for any suffering in your life.

Instead of focussing on others, turn your attention to yourself and endeavour to be a flower to one and all. That certainly is in your hands. Purify your mind, get rid of all impurities and blossom into a beautiful fragrant flower that only spreads its fragrance everywhere. Be forgiving, learn to let go – don’t keep getting burdened by the baggage of vengeance and other negativities. Carrying the load of negativities is detrimental to no one but you.

The mind can be your greatest enemy or your most dependable ally. The choice is yours - do you want your mind to be your friend or foe? There is no greater adversary than the conditioned, reactive mind and no better friend than a discerning, purified mind. A mind free of all the garbage of negativities and guided by wisdom is indeed the most loyal, reliable ally you could ever find. 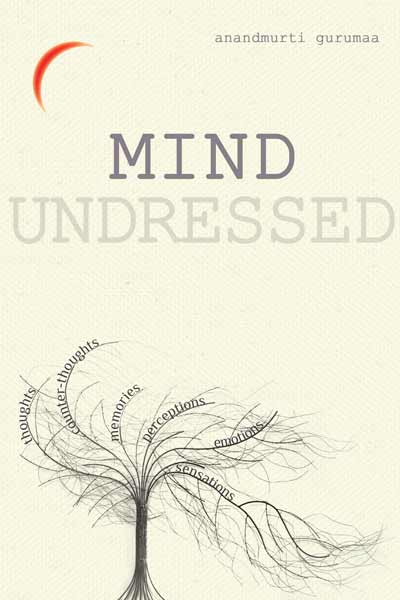 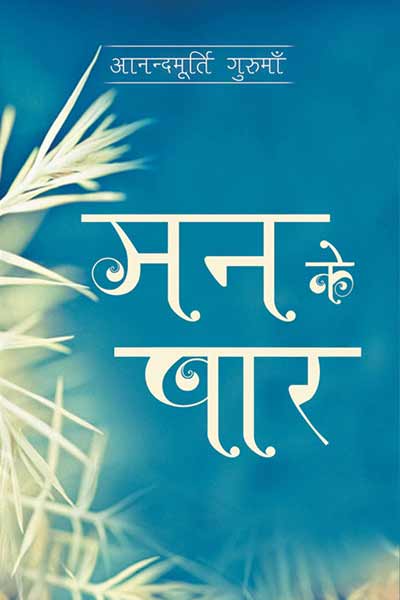 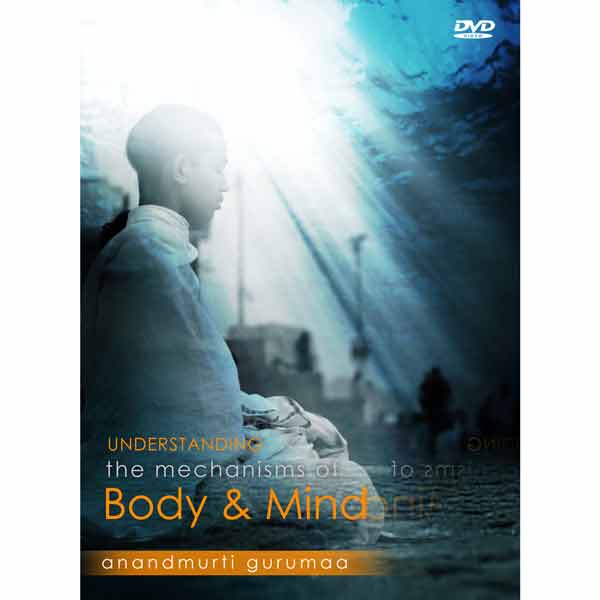 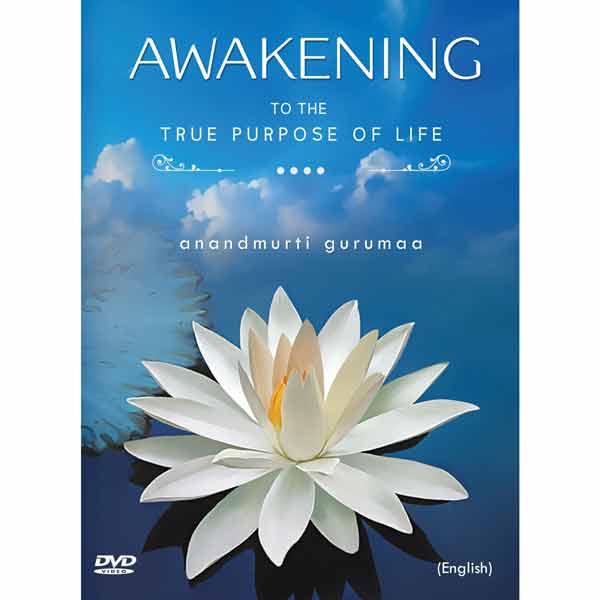 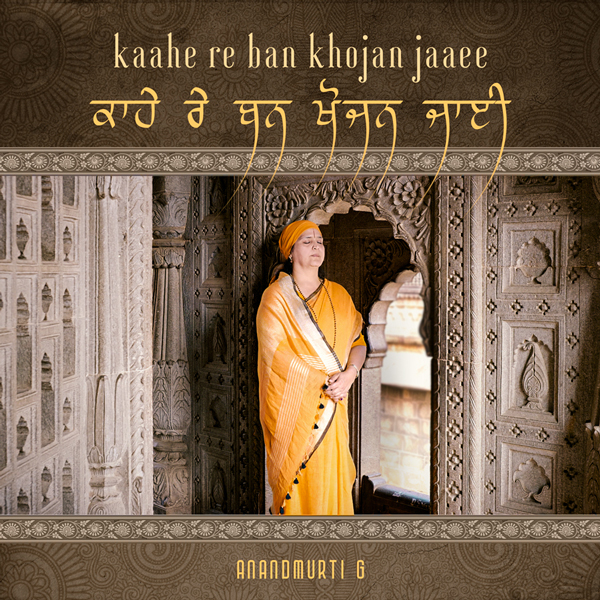 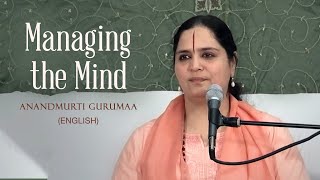 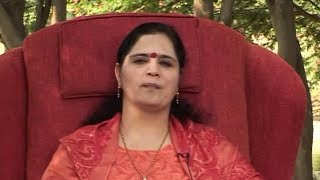