Partaking A Journey From Form To Formless

Believing is not substantiated by evidence; whereas, knowing IS. It doesn't take any intelligence, wisdom, seeking, or even rationale for believing. Believers can believe anything - Anandmurti Gurumaa.

When one is starving, the search for food begins. When one's body is sick, medical help is sought. In short, only when one is distressed by an ailment or a dilemma does one look for a solution. In a similar vein, one only seeks the ultimate truth when he or she is troubled by dark and engulfing clouds of ignorance. Those who are comfortable in their worldly pursuits and are perfectly content in their families, professions, names, and positions; such folk are not even mindful of their ignorance, let alone be pained by it.

Individuals propelled by epicureanism culture are busy pursuing material gratification and hoarding stuff. Why would such pleasure-seekers be concerned about soliciting wisdom, an enlightened being, or Gyāna— especially when body and sensual gratification remain the only focus of life?

The beauty of life lies in its transient nature. Nothing remains dormant here, so the good situations/things too come to an end. Sometimes the winds of change are so powerful and intense that they knock one out of their make-believe world, pushing them to seek the supreme truth, for only that can open the doors of revelation and put an end to the cycle of Sukha-Dukha, birth and death— for once and all.

Having said that, it is also imperative to bring forth the fact that every person on this planet has the potential to accomplish the highest wisdom. Yet, it is not necessary that every human being will ignite the dormant powers within the allotted lifespan and unlock the highest possibility that this human life has to offer. It's a grace that may befall this very moment or thousands of lifetimes may come and go, without one getting to know anything beyond the bodily entity.

There is a famous adage that goes by: When a student is ready, the teacher appears. Your being here is a testimony enough of your desire, a desire to know 'who you truly are' sans all the accumulated labels and fathom what lies beyond the trinity of mind-body-intellect. So know that the journey has already begun.

For eons, humans have sought supreme knowledge through different means. Bharata has always been a land of seekers who have begun their search, traversing different paths— one giving way to another once served the purpose.

• Yoga Marg— Bringing the body into absolute ease and equanimity

Sagun literally means the one instilled with all three Gunās, i.e., Satva, Rajas, and Tamas. In Bhakti Marga, Paramātman is omniscient.

If you rever Shankara then it is imperative to know first who is Shiva? He's Māyā-Vishishta-Chaitanya— the manifested form of Brahman in Satvaguni Māyā— The Ishwara Swaroopa.

In Bhakti Marg, we rever and worship Ishwar (Sagun Swaroop of Paramātman) to provide refuge to the mind and instill stillness through devotion.

People know Shankara by his Sagun or gross form— Intact with all three Gunās. But is shiva just a gross Pindi? He's Brahman, your very own Ātmān. Meera, Chaitanya Mahaprabhu, Sur Das, and many more saints started with Bhakti, where there were always two entities in the equation:

• Ishwara— the one being sought, and

• Jeeva— the one who is seeking thee

However, their respective journeys eventually culminated in oneness, where the duality of Ishwar and Jeeva ceased to be. The oneness and non-duality are what we refer to as Nirgun Swaroopa of the super consciousness— the one which is formless and bereft of any Gunās. Keep reading as we attempt to decipher the context further.

Nirguna means the absence of satva, rajas, and tamas— the three Gunās of Prakriti— The one we refer to as Brahman.

Shankara is not even revered as Almighty/Ishwar in Yoga Marga; He's touted as The Adiyogi— Source of Yoga and the very first Yogi.

Tantra, Mantra Jyotish Vigyan, Natya, and Nritaya—the one who researched these fine arts and gave them to us is also the one we refer to as Shankara.

Bharata is a country where there have never been rules carved in stone—you are free to start your spiritual journey from anywhere; Just don't remain stuck there. Keep moving further.

In Vedantic wisdom, Moksha (enlightenment) has just one Swaroopa—Breaking the shackles of mind relations; Experientially knowing that Ātmān is Paramātman. It is the total annihilation of all sorrows from the root and attainment of Parmānanda.

Beyond the body and trinity of Mind-Body-Intellect, we are one with super consciousness—Nirgun Swaroop Bhraman. But the veil of ignorance must lift if one wishes to realize the truth.

Why is Shankara worshipped? Because He's master of body and mind and can move from subtle to physical realms and vice versa.

The mind has no form. It is a subtle entity, and Atman is even subtler than the mind. So, how do we uncover the truth and reach the self and merge with all-pervasive?

Who am I ? - The one that is visible or gross is created by Maya— The Trigunātmaka Prakriti, and I'm Parabhraman. Here we are referring to maya-vishtha-chetanya. The one who sees everything in me and me in everything.

Ageless; body less; formless— Magnificient—Sat-chit-ānanda Swaroop— this is what your reality is. Vedanta says the body you are referring to yourself is not the real you. You are Chaitanya Aatma and this Chaitanya Ātmān (sans Maya) is Pārbrahman.

A realized master's company, the relentless practice of the means taught, and purity of mind-body-intellect are the fundamental requirements that can make one reach their real Swaroopa.

We have all heard that Shankara's third eye when opens, leads to pralaya— total annihilation. In the same way, if someone is able to initiate their Āgyā Chakra (third eye) through yogic practices, there also comes a pralaya in which all his/her sins and virtues of past and present get exterminated.

In one of his couplets, Shri Guru Arjan Dev Ji beautifully recites:

Nirgun aap sargun bẖi ohi.
It (super conscious) itself is without attributes (without three Gunās), and itself appears as all the traits (with three Gunās),

Shri Gurudev couldn't have been more open and straightforward. He simply reemphasizes that all there is, is the divine omnipresence; there is no OTHER. Unwavering faith in the guidance of an enlightened one, incessant desire to know and persistent practice can help you solve this ultimate riddle. In the end, all that is left is fascination and astonishment at this paradoxical presence that IS and also ISN’T.

From Form to Formless— Partaking an ultimate leap

Pārbrahman is both Nirguna (without Gunās) and Saguna (with all Gunās). It might sound perplexing, yet the divine, which is endless, incomprehensible, and beyond human sensory perception, is not separate from you.

Being in ocean, picture yourself as a drop of water who is latched on to its limited entity, i.e., being a tiny drop; In such a state, how it can fathom its oneness with the ocean? But as soon as the veil of ignorance falls, the drop loses its individuality and the merge culminates. All that is left is vast, boundless ocean. It was all that there was; It is all that there is, and it is all that there will be!

Shiv Namonkar— a Meditation methodology offered by Revered Master Anandmurti Gurumaa is a technique that helps you use your devotion and adulation for Saguna Swaroop of Lord Shiva through Panchakshari Mantra Chanting to quieten the mind and transcend the sensory realm for experiencing the all-pervasive, formless, ever-conscious, Nirguna Swaroop of the same Lord Shankara and meet the divinity within.

There is a possibility in each one of us to be Shankara someday. The one who meditates becomes Yogi; And a Siddha yogi will eventually be Shankara 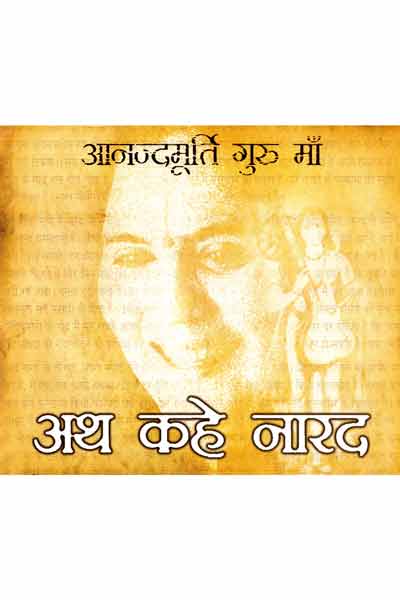 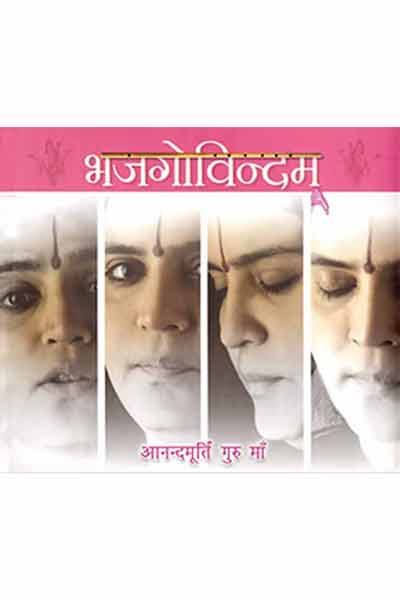 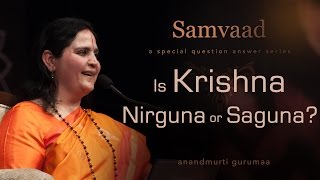 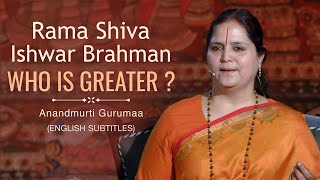